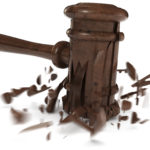 As discussed here, the en banc Federal Circuit vacated and remanded the PTAB’s decision in Aqua Products, Inc. v. Matal, determining that the PTAB erred in placing the burden of persuasion on the patent owner for proposed claim amendments. Four judges on the eleven-judge en banc panel dissented, and would have upheld the PTO’s rule, 37 C.F.R. § 42.42(c), that places the burden of persuasion on the moving party, and agreed with the PTO that this rule applies to patent owners who move to amend claims during an IPR.

In particular, Judge Taranto, writing in dissent and joined by Chief Judge Prost and Judges Chen and Hughes, concluded that 35 U.S.C. § 316(a) authorizes the PTO to issue rules concerning which party has the burden of proving the patentability of proposed substitute claims, and that 35 U.S.C. § 316(e) does not unambiguously bar assigning that burden to the patent owner. In evaluating the PTO’s rule, Judge Taranto applied the two-step framework under Chevron, U.S.A. Inc. v. Natural Resources Defense Council, Inc., 467 U.S. 837 (1984). Chevron’s Step One requires the court to determine “whether Congress has directly spoken to the precise question at issue” i.e., whether a statute “unambiguously” answers the question. If “the statute is silent or ambiguous with respect to the specific issue,” then under Chevron’s Step Two, “the question for the court is whether the agency’s answer is based on a permissible construction of the statute.” Chevron, 467 U.S. at 842–43.

Applying Chevron’s Step One, Judge Taranto’s dissent determined that § 316(e)’s statement that “the petitioner shall have the burden of proving a proposition of unpatentability by a preponderance of the evidence” does not unambiguously assign to the petitioner the burden of persuasion on the unpatentability of proposed amended claims. Instead, § 316(e) “may properly be understood to reach only issued claims.” For Chevron’s Step Two, Judge Taranto’s dissent determined that Rule 42.42(c)’s statement that the “moving party has the burden of proof” applies to a motion to amend a patent claim, and thus the patent owner bears the burden of persuading the PTAB that the substitute claims are patentable. According to the dissent, this conclusion is based on its “independent judicial interpretation,” and does not rely on deference to agency regulatory interpretations. Accordingly, Judge Taranto agrees with (but does not defer to) the PTAB’s interpretation of Rule 42.42(c) as stated in Idle Free Systems, Inc. v. Bergstrom, Inc., No. IPR2012–00027, 2013 WL 5947697 (P.T.A.B. June 11, 2013). According to the dissent Aqua Products did not argue that there was any procedural impropriety or any other defect in the (notice-and-comment) rulemaking process resulting in Rule 42.42(c), and therefore the dissent does not address “potential objections that Aqua Products has not made and the parties have not briefed.”