Exclusion of evidence before the Patent Trial and Appeal Board in an Inter Partes Review is governed by the Office Patent Trial Practice Guide, 77 Fed. Reg. 48756, (Aug. 14, 2012), which states that a motion to exclude “must explain why the evidence is not admissible (e.g., relevance or hearsay) but may not be used to challenge the sufficiency of the evidence to prove a particular fact.” Id at 48767. 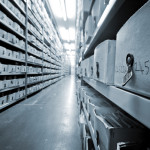 This provides little guidance to the party trying to exclude evidence in an IPR, and the frequent denial of Motions to Exclude in IPRs seems to encourage parties to include any and all possible evidence, even some that might not be admissible, and simply rely on the Board to consider the proper weight to give it.

In two recent Final Written Decisions, Samsung Electronics Co., Ltd et al. v. Affinity Labs Of Texas, LLC (IPR2014-004072) and Brose North America, Inc., et al. v. Uusi, LLC (IPR2014‐00417) two separate PTAB panels denied motions to exclude on the basis that the wrong standards for exclusion were set out in the motions, and, more importantly, that the Board, sitting as a non-jury tribunal, is well-positioned to assign appropriate weight to the evidence without the need for formal exclusion (Samsung, supra).

In Samsung, the Petitioner  filed a Reply containing 27 new Exhibits as well as a 46 page declaration by an expert.  Patentee filed a Motion to Exclude on the basis that the Petitioner presented new evidence that is being used improperly to support its case, and that the late submitted evidence must be excluded because “Patent Owner has been completely deprived of the opportunity to substantively respond to the new evidence and arguments.”  Patent Owner also asserted that the expert opinions in the declaration fail to provide sufficient underlying facts or data upon which such opinions could legitimately be based.  Despite Patentee’s  arguments, the Motion was denied as lacking an assertion that any of the evidence relied upon in the Reply is inadmissible, for example, because it is irrelevant, unauthenticated, or hearsay.

In addition to the denial because Patentee did not sufficiently prove the evidence was inadmissible for relevance or hearsay, the Board in Samsung held that to the extent that Petitioner’s Reply evidence does not respond to specific arguments or evidence presented in the Patent Owner Response, or seeks to establish an element necessary to make out its case-in-chief, it has not been considered.  The Board seemed to agree with Petitioner’s statement that “it is, as a general matter, better for the Board to have before it a complete record of the evidence submitted by the parties than to exclude particular pieces of it and thereby risk improper exclusion.”

In Brose, the Patent Owner filed a Motion to Exclude asserting that three Exhibits filed by Petitioner should be excluded because the exhibits were filed in support of arguments presented for the first time in the Reply.  The Exhibits in Brose were directed to dictionary definitions of a term that were assertedly relied upon in an expert declaration filed by Petitioner.  The PTAB panel cautions that motions to exclude are “not a proper vehicle for user by a party to raise the issue of a reply exceeding the proper scope.” Citing Honeywell Int’l Inc. v. Int’l Controls & Measurements Corp., Case IPR2014-00219.   In reaching its decision, the panel clarifies that although they cite the declaration as relevant in the Final Decision, they don’t in fact rely on the controversial exhibits, stating that “Because an expert may rely upon evidence regardless of whether the evidence is admissible and we do not rely on any of the definitions, we dismiss the Motion as moot.”

These two recent cases and a host of other denied Motions to Exclude make it clear that the Board strictly applies the rules that the evidence must be inadmissible for relevance or hearsay, and a party should be cautious about inserting arguments in its Motion that may be construed as questioning the sufficiency of the evidence itself.  Further, because it is the Board’s job to consider and weigh the evidence, from Samsung and Brose it seems sufficient for the Board to claim that it determined whether the evidence should/should not be admissible and simply exclude the evidence from its decision.  It makes one wonder, however, that even though evidence is not “considered” by the Board, does submission of questionable evidence still have some influence on the ultimate outcome of the case since it is not officially excluded from the record.  Given this possibility, it could encourage parties to include all possible evidence and let the Board do with it what they will.